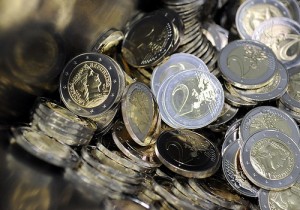 New Latvian 2-euro coins making use of the classic image of the Latvian maiden in folk costume, first used on Latvian coinage in 1929.

With the start of the new year Latvia have officially adopted the euro as its currency, replacing the lats which were introduced after the republic’s independence in 1991.