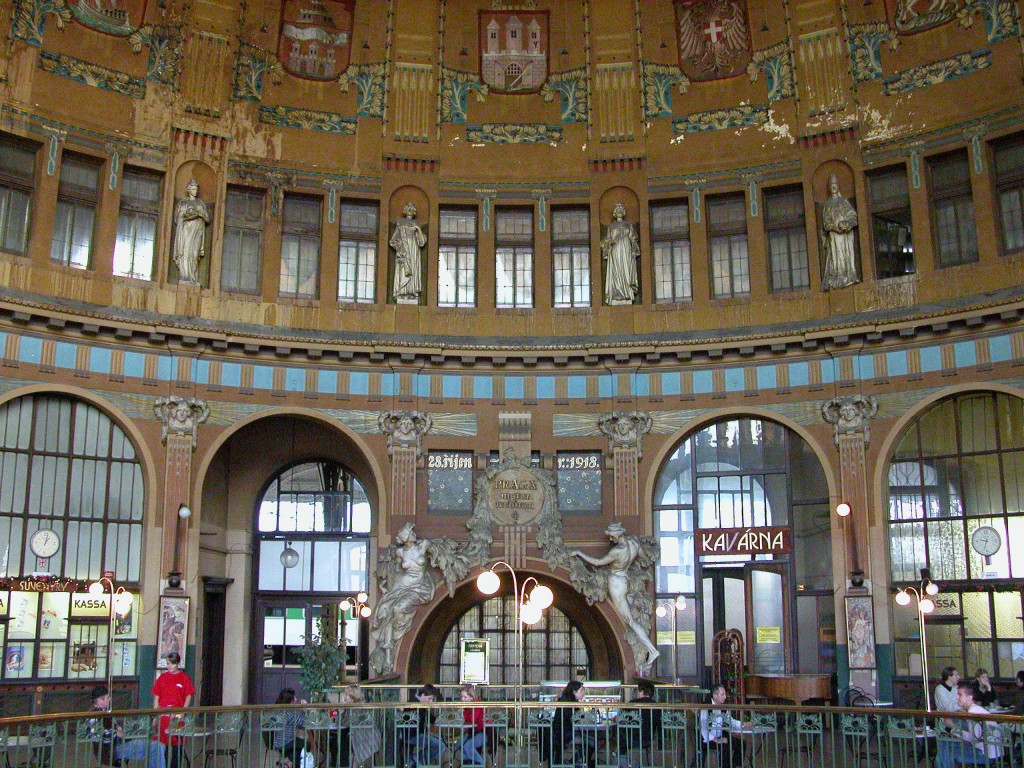 Praha hlavní nádraží (Prague central station) is the main railway station in Prague, Czech Republic, and is like a not insignificant number of buildings in the city an example of art noveau architecture. 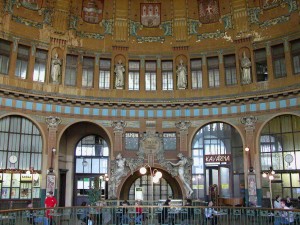 Originally built in 1871 and back then named Kaiser-Franz-Joseph-Bahnhof in honour of the Austro-Hungarian emperor, the station was rebuilt in 1901-1909 after a design by the architecht Josef Fanta in the then modern art noveau style. After the First World War and the independence of Czechoslovakia the station was renamed after the US president Woodrow Wilson to Wilsonovo nádraží (Wilson Station). The name changed to simply Hlavní nádraží with the German occupation in 1939 and has since 1953 been the current name in use.

The next change came in 1970 when the construction of the Prague metro was the cause for the construction of a new, larger entrance hall with connection to the underground station below, making the central station accessible from the street Washingtonova.

In 2006 a large scale renovation programme was initiated which aims to bring back the original style as well as modernizing the station for the current needs.